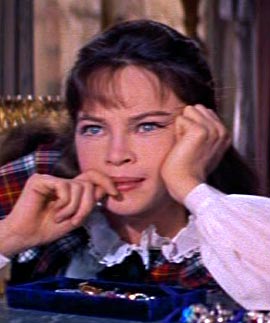 Dolby Digital, as I have pointed out, isn’t necessarily 5.1 channels. Many DVDs are two channels (2.0), quite a few offer one channel sound (1.0), and some odd ones even manage 3/1.0 (ie. three front channels, and one surround channel). But this evening I pulled out my Region 4 Warner DVD of Gigi to watch for the first time, and discovered that this is the sole 3/0.0 disc in my collection. What does 3/0.0 mean? It means that the front three channels are used, but there is nothing from the surround channels.

If this seems odd, remember that the movie was released in 1958. That was the days of the on-again, off-again experimentation of film-makers with various forms of stereo sound. This didn’t actually settle down until 1977’s Star Wars, which was the first movie to use Dolby Stereo. In the world of cinema, ‘stereo’ means surround sound. (Dolby Pro Logic is an enhancement of Dolby Surround which, in turn, is the home version of Dolby Stereo.)

In Gigi, this experimentation is interesting, even though a little off-putting. The practice in most movies these days is to feed virtually all the dialogue out of the centre channel, no matter where on the screen the characters happen to be located. In Gigi, though, the dialogue pans across the three front speakers to match the characters’ locations, after a fashion. Unfortunately, the panning sometimes lags, and there is the occasional clunky switch of audio pan during conversations between characters.

Another obvious audio problem is the break in recording continuity as Gaston reconsiders Gigi’s development. He is in front of a fountain and suddenly there’s a switch from location to studio recording.

Also off-putting was the Cinemascope filming, in parts at least. The lens produced considerable distortion at the edge of the widescreen picture. Forgivable, perhaps, except when characters wander into the zone of distortion and suddenly became remarkably thin.

This entry was posted in Audio, Cinema, DVD. Bookmark the permalink.