Just when you think they must be out of ideas

With its move from the main Channel 10/Southern Cross channel to Eleven, ‘The Simpsons’ is now being shown almost as soon as it appears in the US. For example, the most recent episode — ‘The Ned-liest Catch’ — premiered in the US on 22 May, and here on 25 May. There used to be a gap of many months.

This episode concludes with a cliff-hanger — will Ned Flanders and Edna Krabappel stay together? You get to vote, and apparently the result will be revealed in the first episode of Season 23 in September.

As for me, what can I say but that I’m a sentimentalist: 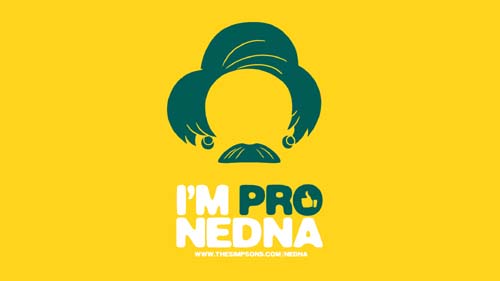 This entry was posted in DTV, Misc. Bookmark the permalink.