In one sense, the developers of Blu-ray 3D had it easy. They were allowed invent a new video standard, essentially doubling the amount of video data compared to standard Blu-ray. Sure, it meant new hardware, and therefore new Blu-ray player technology, but Blu-ray still hadn’t achieved mass consumer penetration, so the time was ripe to get it done. Only the Playstation 3, with millions installed around the world, could have led to problems, but Sony Computer Entertainment reckoned that its platform is versatile enough for a firmware upgrade to permit Blu-ray 3D playback. 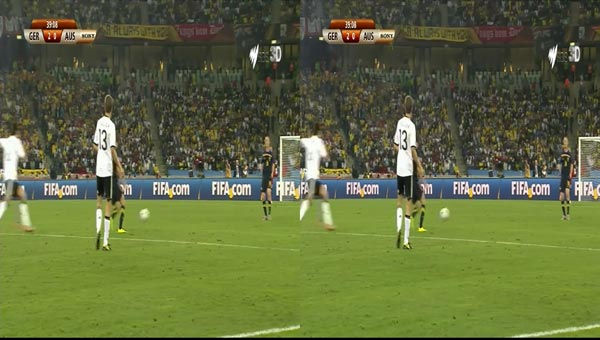 So the TV first splits the picture into two, and then it horizontally scales the two frames to 200% width. The result is two regularly proportioned frames, but each with an effective resolution of 960 by 1080 pixels, rather than 1920 by 1080. That reduced horizontal resolution is the price we pay for having to work within the confines of an existing transmission system. Here are the two halves, suitably processed (left, top; right, bottom): 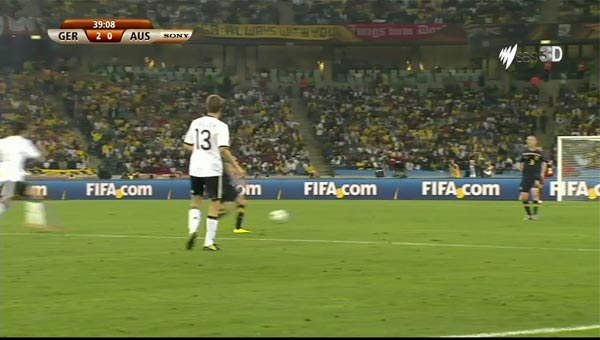 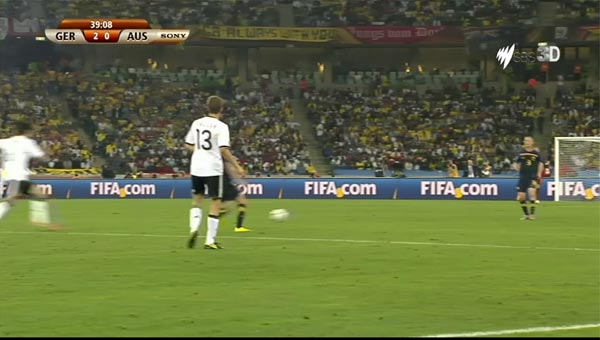 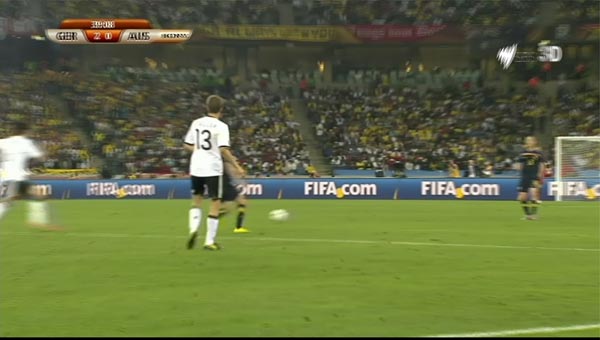 This is what you’d see if you had a 3D TV, but weren’t wearing the 3D eyewear (the left and right eye images are flashing so rapidly, that they merge into a single image). Here is how that banner and the ‘Exit’ sign look combined: