Apparently back in January I ripped ten thousand frames from the Blu-ray for 12 Monkeys, and then forgot all about it. I stumbled across it the other day, so it made doing a comparison relatively easy. I’m hoping I won’t forget about the nineteen thousand plus frames I’ve ripped from The Lord of the Rings: The Two Towers, which I’ve done in preparation for another comparison.

But back to 12 Monkeys. This is not a sharply shot film, and in some scenes there was hardly any difference between the DVD and Blu-ray. In others there was a lot. In any case, the Blu-ray certainly cleaned up the compression artefacts from the DVD. Here’s a sample: 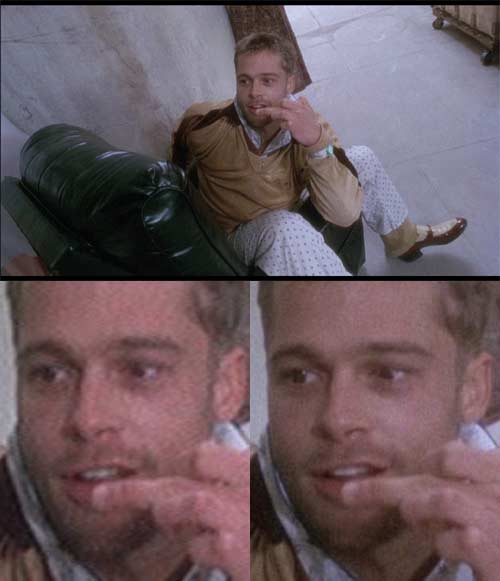