Yesterday I got my hands on a sample of a projector that will soon be released. It worked beautifully yesterday but, as is often the case with samples, it developed a problem which appeared in fits and starts today, and finally locked in, apparently permanently.

I’ve recreated the visual appearance of the problem using Photoshop on a SD digital TV frame I happened to have on my computer. Here’s what I saw: 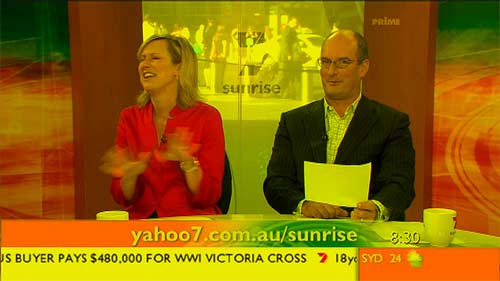 Clearly something is amiss, but what is it? Initially I thought that the projector and my home theatre receiver were having a disagreement about the colour space. HDMI can carry the video in the form of RGB or component video. Sometimes a display incorrectly interprets one as the other, producing very interesting colour effects.

But I noticed that what was supposed to be the white text of the projector’s own menus was also appearing as bright yellow. The penny dropped: white minus blue equals yellow. This was a 3 panel projector, and produced the image using the red, green, blue colour scheme. Disable the blue and all that’s left is red and green, which added together look yellow.

I generated the frame above by killing all the blue in the following frame: 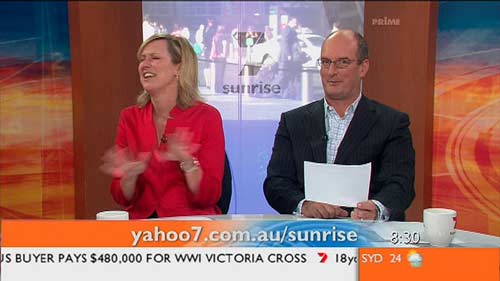 Interestingly, it seems that blue is the most dispensable of the three colours. The top frame is almost watchable. Compare that to the following two, first with the green extracted: 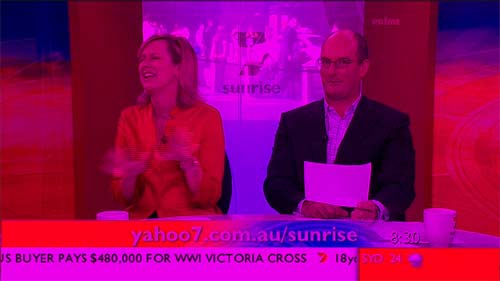 and then with the red removed: 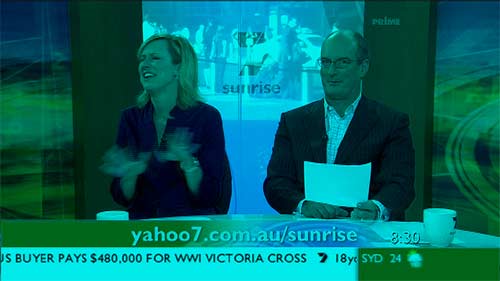 This entry was posted in Equipment, Testing, Video. Bookmark the permalink.