On 2 March 1983 the CD was launched it the US and Canada (it was October the previous year in Japan). Australia was not far behind. I bought the second CD player to be sold in Canberra, or so I was told by the retailer, on 25 May 1983. It was the Sony CDP-101. The other day I stumbled across the receipt: 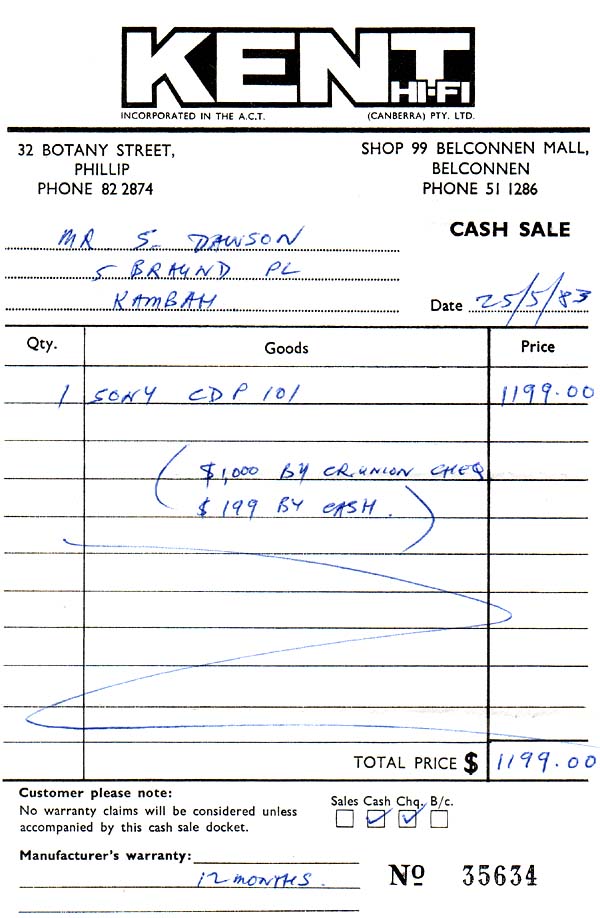 This entry was posted in CD, Equipment. Bookmark the permalink.