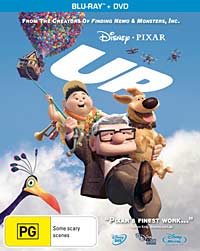 The latter two will be especially welcome on Blu-ray, where they both belong.