A couple of weeks ago I was wandering around Myers here in Canberra, keeping a handle on what is presently on the market, and marvelling at the low sale prices of various products, compared to their RRPs/SRPs. And, of course, my eye fell upon the cables.

Likewise, a few days before while waiting to pick up some photos being printed at Harvey Norman, I inspected the cables — specifically HDMI ones — available.

It was horrible. At both places the cheapest HDMI cable you can buy, typically for 1.5 metres, was about $45. Say, about a quarter of the price of a budget Blu-ray player.

Now I don’t have any problem with high priced connection cables. Perhaps there is some amazing subtlety in conveying sound and picture that can be better delivered with one cable than another, although I don’t believe it. Equally, I do believe that even though I think they’re likely wrong in fact, people should be entirely free to spend up big on cables if they think or hope they may improve their system’s performance.

So I emailed the PR for Kogan. What I wanted, I said, was a hammer. A hammer I could use on silly HDMI cable prices. I would like, I explained, to say that there’s no reason to spend these prices, unless you have contrary beliefs regarding cable quality. Instead you can buy a perfectly serviceable 3 metre HDMI cable for just $8. That’s what Kogan sells.

But I could not use these low cost cables to hammer high-priced cables unless I was satisfied that they would do the job. So I asked if Kogan could send me a couple to test out. It sent me three.

They came neatly enough coiled in their plastic bags, and were a thicker gauge than I was expecting. Indeed, thicker than the first HDMI cable I purchased, which cost about $50 for a metre cable back in I think 2004 (I was desperate, and it was the only one I could find in Canberra). Here’s the Kogan: 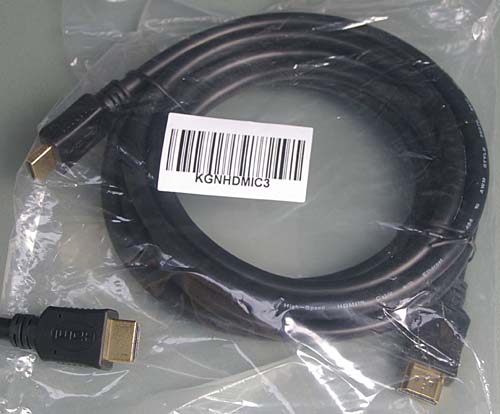 Closer inspection revealed a basic, functional cables with gold-plated plugs and without obvious physical flaws. Like a Model T Ford, they come in any colour that you want so long as it’s black. If you want pretty cables behind your gear, look elsewhere: 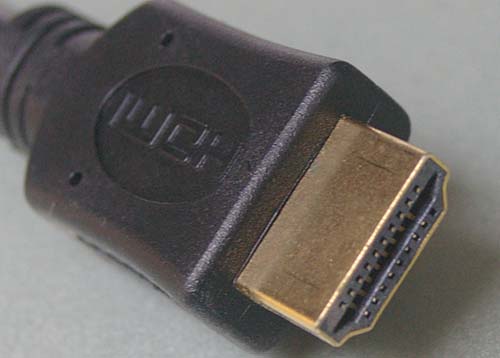 Now to the important stuff: do they work?

I used two of them over the weekend, one from the home theatre receiver to the new 55 inch Samsung TV I’m reviewing, and one from a Blu-ray 3D player to the same TV. Performance — including with Blu-ray 3D content — indistinguishable from my regular Kordz cables. Right now I have one of them connecting my Blu-ray player and home theatre receiver. I have set the Blu-ray to output the video at 1080p60 and use the higher data component video 4:4:4 output. I have also set it to convert the multichannel audio to PCM format. With the 96kHz, 24 bit, 7.1 channel signal on the test content I am playing, the audio alone adds up to more than 18Mbps.

Performance? Fine. Not a problem at all.

No idea if it supports Ethernet since I don’t know of any implementations of this yet. But for everyday use, these cables are fine.

So why don’t the retailers carry reasonably priced HDMI cables? Kogan shows it can be done.