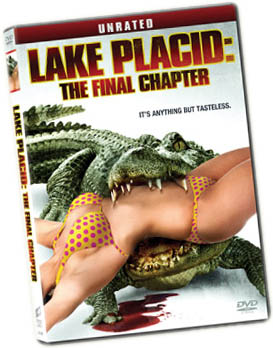 Just received a press release for a DVD for the latest in the unexpected monster-in-the-lake franchise, Lake Placid. The new one is called Lake Placid: The Final Chapter. I ducked over to IMDB to see what it might be like and two things stood out. First, the user rating was 4.0/10. Second, the front page user comment was entitled: ‘The best of the Lake Placid movies since the first’.

, the sad thing is that the commentator is probably right.

The original movie with well-known actors scores a pretty poor 5.5/10. The next two get only 3.1 and 3.5 stars, so with 4.0/10 The Final Chapter apparently is both dreadful and the best after the original.