[Re-post] Crushing Because They Can

Posted on September 6, 2013 by Stephen Dawson

[This is a repost of the original item. It’s unchanged, except for this intro. The reason for reposting it (and deleting the original) is that the original has attracted over 20,000 attempted spam comments. I’m hoping this action will stop that.)

I get lots of press releases about home entertainment stuff, much of it relevant to what I do, some of it slightly relevant, and a fair bit that has me scratching my head in puzzlement (last week there was one advertising the merits of a particular type of flavour strip that masks — ‘Masque’ was its name I think — the flavour of the male ejaculate. What the hell?)

In the middle category is stuff about new bands. Apparently there’s an Australian group called ‘Because They Can’ and it has a new single out called ‘Pretty Boy Floyd’

, presumably named after the early 20th Century American criminal. I receive a press release last week which I deleted, and this morning I was sent a download link for the aforementioned song. On a whim I downloaded it, in part because it was in WAV format rather than something compressed, and played it. Seemed pleasant enough. Inoffensive. If I play it a couple more times I think it could be come fairly enjoyable.

But I stumbled across something odd: the bitrate for the song wasn’t the expected 1411kbps for a CD-quality WAV. It was 2116kbps.

But there was something else that was … well, not precisely odd because it’s all too common. Here’s the first 1:25 or so of the left channel: 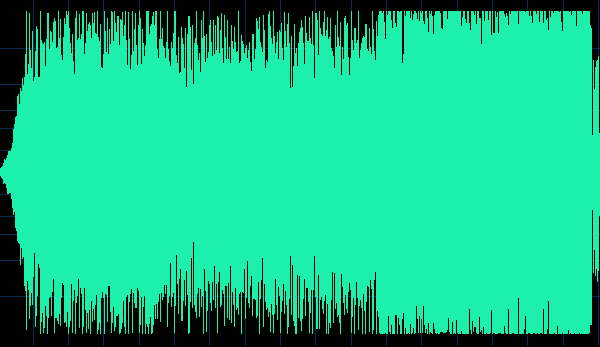 Note: the black space is the full 24 bit recording range available so that looks like some kind of a hard boundary has been placed at … well

, let’s zoom in a bit on the right hand end: 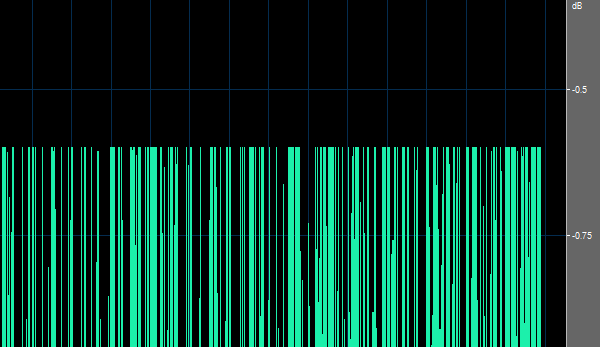 And you know what? Hard boundaries usually mean clipping. So let’s zoom in some more: 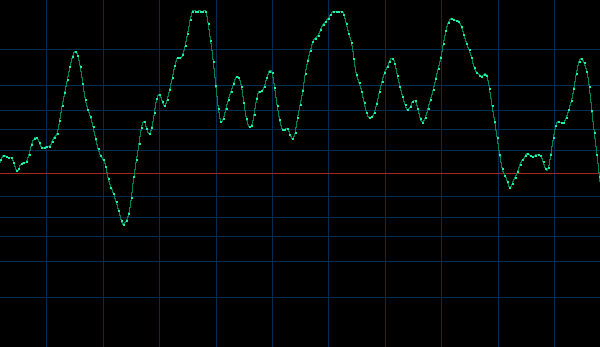 Yep. Clipping. Most of those peaks which hit the -0.6dBFS mark are clipped. Relatively gently, and probably inaudibly. But, still, clipping? In 2013? In a 24 bit music file?