Noise and distortion in signal generation

So this is interesting. Apparently, according to the fairly sparse specifications

, the Velleman HPG1 signal generator uses a ten bit DAC, which suggests a fairly high noise floor. I figured I’d measure it to provide this blog with some more pretty pictures, and for comparison include the EA analogue generator that I built lo those many years ago. Then I thought

, why not also compare a couple of computer-based DACs.

For the latter I generated a 1kHz sine wave in 24 bits/96kHz in Audacity on a Mac, fed it out through the relevant USB DAC. From then on the path was the same: analogue output recorded using a Focusrite Forte ADC at 24 bits, 96kHz using the ASIO interface with Reaper to preserve full resolution, then examining the file in CoolEdit 2000. These are worth looking closely at because there are very significant differences. 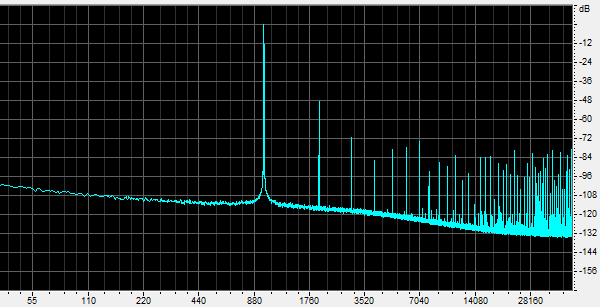 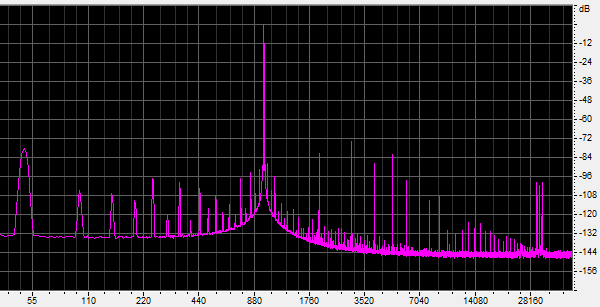 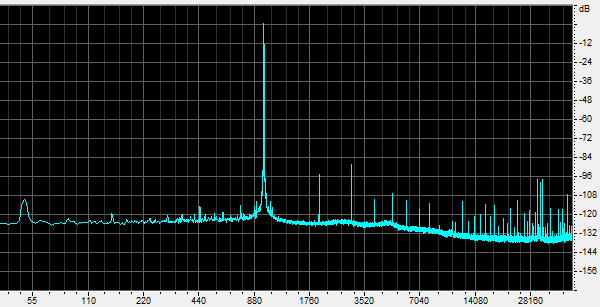 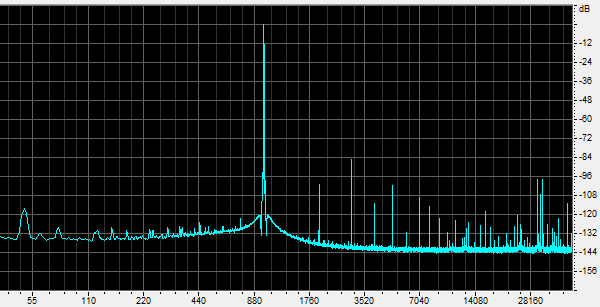 As you can see, the noise floor is rather high in the Velleman, and bested by even the old analogue kit unit. Except for the 50 hertz, and harmonics, breakthrough. Both are crushed by the M-Audio, and particularly by the Silverstone.

Question for readers: why not use one of the computer DACs in the square wave test?

This entry was posted in Testing. Bookmark the permalink.