So, here’s another signal generator to compare to those I looked at in ‘Noise and distortion in signal generation’. This is the Siglent SDG1020, a dual output 20MHz, arbitrary waveform model. It uses 14 bits of resolution apparently.

Here’s its noise performance. Channel 2 output (Channel 1 is identical), 1kHz sine wave recorded using a Focusrite Forte ADC at 24 bits, 96kHz using the ASIO interface with Reaper to preserve full resolution, then examining the file in CoolEdit 2000. I neglected to record the output levels in the previous post. This one I had it set to 4 volts peak-to-peak: 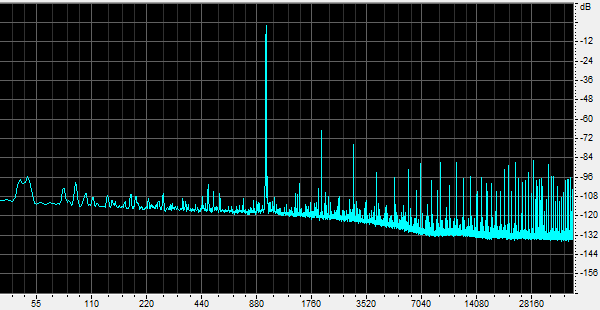 A slight improvement over the Velleman, but not all that much.

What was a big improvement was the square wave rise time (as you’d expect, since the Velleman is only a 1Mhz unit). As a reminder, here’s the zoomed in leading edge of a 1V p-p sine wave with the Vellemen: 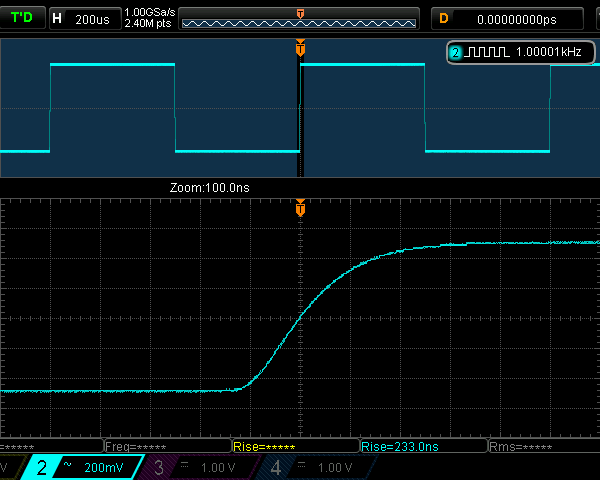 You can read the rise time off the info bar near the bottom: 233 nanoseconds.

And here’s the same from the Siglent: 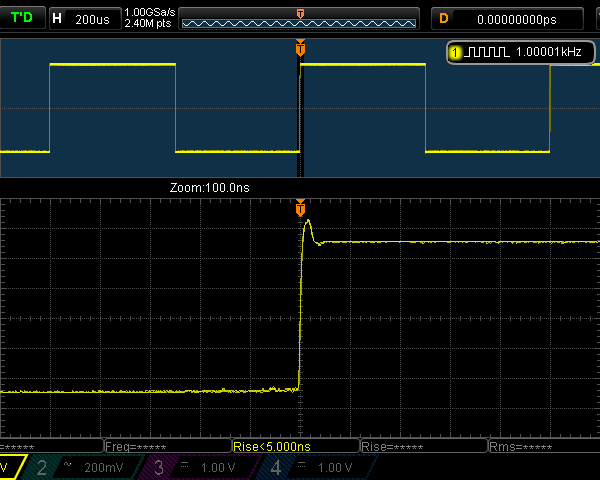 A bit of overshoot there, but a hugely fast rise time. The info bar shows 5 nanoseconds, but it was actually toggling between 5 and 9. Still, that’s pretty damned fast. That overshoot is present regardless of output frequency or level. I wonder if there’s a calibration adjustment.

This entry was posted in Digital Audio, Testing. Bookmark the permalink.