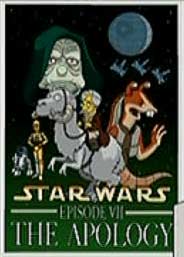 Season 21 of The Simpsons started in Australia last night. Episode 1, ‘Homer the Whopper’, had a clever premise in which Comic Book Guy had penned his own series of comics which he hadn’t published for fear of scorn from fellow CBGs. However he was convinced to do so, and instantly a movie version went into production from ‘Ginormous Pictures’.

The graphic to the right is the purpose of this post: it appeared to the side of the ‘Ginormous Pictures’ entry. Did everyone catch it?