Independently of each other, my brother and my daughter have both suggested that I should do a pictorial comparison of VHS to DVD to Blu-ray. I think it’s a smashing idea and I’ve got the technical capabilities to do it. Except for one problem: I’ve only got a few VHS tapes, and none of them match Blu-rays, nor are they likely to do so in the near future.

So, on the wild assumption that I actually have readers out there, especially Australian ones, do any of you have a pre-recorded VHS tape of any movie that is available on Blu-ray? That you could allow me to have, or at least borrow for a few days? The ideal tape would be of a fairly recent movie (eg. from the 1990s), and one that hasn’t been played to death, thereby allowing a reasonable representation of VHS quality (such as it was). For example, something like ‘The Fifth Element’ would be ideal.

I am in the process of assembling a full list of Blu-ray discs available in Australia, along with a list of forthcoming releases. It is still quite incomplete, but such as it is, it is here.

In the meantime, I’ve done further Blu-ray comparisons on Robocop, Phantom of the Opera and Pan’s Labyrinth. From the last one here is an intriguing comparison, which reveals quite clearly the lower resolution of the colour components in DVD video: 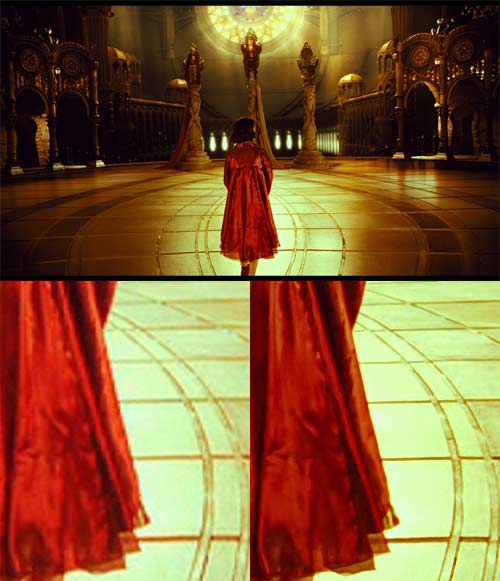 This entry was posted in Admin, Blu-ray, DVD, Video. Bookmark the permalink.