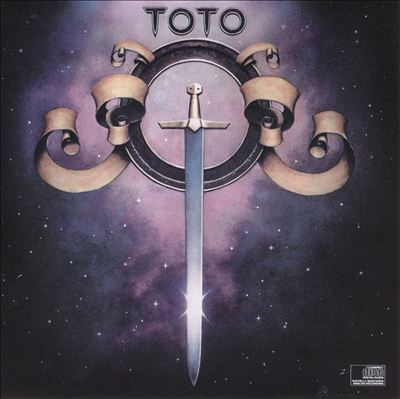 Scrolling through the far-too-many albums on my NAS

, the original self-titled Toto album (1978) caught my eye. It had been a few years since I last played it

, so I set the hard disk spinning, the computer decoding the FLAC and the DAC sending the resulting analogue signal to the sound system (KEF LS50 speakers with Krix Seismix 1 subwoofer, for those interested).

The members of Toto were all virtuosos at their instruments

, and supremely experienced largely as session musicians. There can be few debut albums which are as tightly delivered as this. The songs — ‘Georgy Porgy’, ‘Hold the Line’, for example — are of their time, but lifted by their solid construction and the excellence of the performances. But the first stirrings of punk were becoming evident by 1978. The music media were taken by its raw ‘authenticity’

, now matter how manufactured it was in reality. The listeners nonetheless made Toto a hit, even though the critics were dismissive (Rolling Stone: ‘Toto is the kind of dull debut you’d expect from a bunch of career session players’).

It’s as easy to see why radio listeners loved Toto as it is to see why critics hated them. Toto’s rock-studio chops allowed them to play any current pop style at the drop of a hi-hat: one minute prog rock

, the next hard rock, the next funky R&B. It all sounded great, but it also implied that music-making took craft rather than inspiration and that the musical barriers critics like to erect were arbitrary. Then, too, Toto’s timing couldn’t have been much worse. They rode in during the middle of punk/new wave with its D.I.Y. aesthetic

, and their sheer competence was an affront. [my emphasis]

I would dispute the suggestion that the craft may have come at the expense of inspiration. But otherwise

This entry was posted in Music. Bookmark the permalink.