Some months ago I did a comparison spread for Sound and Image magazine on the differences between Blu-ray and HD DVD picture quality. To be frank, some of the BDs I compared with rather disappointing. One such was The Fifth Element. The BD I reviewed hadn’t been released in Australia, but had been obtained overseas for me by a friend.

The other day Sony Pictures Entertainment sent me a sample of the BD version of The Fifth Element that is to be released shortly in Australia, if it hasn’t already. This is a remastered version. Apparently the first version attracted considerable criticsm in the US for its poor quality. So here is a new comparison, from left to right the DVD (the PAL Superbit version), the first version of the BD and the new remastered version. Note, these are close details and each constitute only about 40 pixels width of the full 1,920 pixel display. Also, ignore the colour differences (different projectors and other equipment, taken a long time apart). 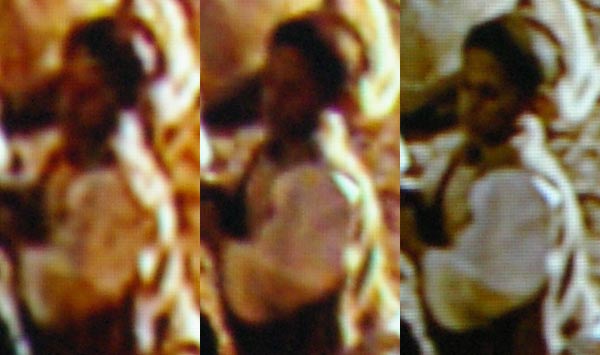 Wow, now that’s what I call an improvement! This version is definitely demo quality.