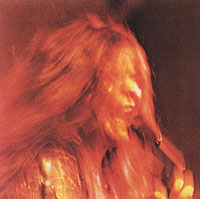 The audio producers of CDs and other music really do need the best possible monitoring equipment. Unfortunately, far too many (particulary those preparing stereo material) seem to rely on relatively small direct field monitors that, unfortunately, are somewhat bass deficient. This didn’t matter in the old days when LPs ruled, because the cutting engineer would make sure that there was no deep bass anyway. On an LP, despite the RIAA equalisation curve, deep bass would create wide groove excursions and use up the limited real estate on the surface of the record.

Now consider Janis Joplin’s recording I Got Dem Ol’ Kozmic Blues Again Mama!, with a truly wonderful set of music. My CD is on the Columbia/Legacy label (CK 65785) which was remastered and had some bonus tracks tacked on the end. Track 2, ‘Maybe’, has some disturbing bass junk on it.

Let’s have a close look at a section of this track, start at 2:03.867 into it and lasting for just 0.145 seconds. Here are three looks at the right channel of this brief section of music:

My theory is that the chaps who did the sound on this CD had no idea that some kind of bass pulse noise (I suspect a stamping foot) was intruding from time to time. If their system only produced, say, the 50 hertz then it would have been masked somewhat by the bass guitar. It seems unlikely that their system produced the 27.6 hertz at audible levels. But you, the listener, will hear it if your system is capable of reproducing these low frequencies undiminished.

This entry was posted in Audio, CD. Bookmark the permalink.