Some more Blu-ray vs DVD comparisons, plus a review

I’ve added two more Blu-ray vs DVD comparisons. One is for the vastly underrated Denzel Washington movie The Siege, while the other is for another movie from 1998, Shakespeare in Love, which unaccountably won the Best Picture Academy Award (plus six more Oscars). The DVD version is the SuperBit one, which gives a surprisingly good account of itself, although of course the Blu-ray is noticeably better.

I’ve also put up my review of the Blu-ray of Donnie Darko to accompany the Blu-ray vs DVD comparison that was already there. This is one of those rare beasts were there simply isn’t much difference between the Blu-ray and DVD, due primarily to soft photography in the first place.

Anyway, here’s one of the comparison shots from The Siege: 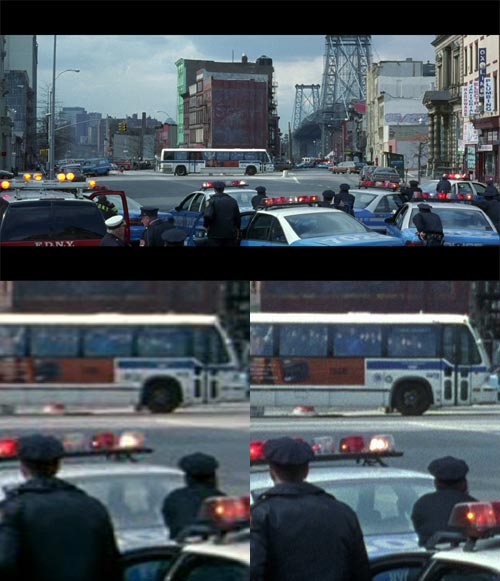