Are movies getting worse?

One of the four blogs I read nearly every day is that of the good professor William M Briggs, Statistician. He hits nearly all the right buttons for me. Moderately and thoughtfully conservative, and a great proponent of the view that we think we know more than we really do. Best of all, he writes beautifully.

If he has a weakness, it is in his cultural judgements. For example, he is a proponent of hats, and considers The Beatles to be inferior to the musicians of the forties and fifties. Tsk, tsk, tsk!

In a recent post he has joined his statistical skills to his cultural judgements to generate a blog post, the name of which I have copied here. It is well worth a read to anyone with a broad interest in cinema: go here. When you’ve finished, click on his name at the top to enter the front page of the blog, and explore some of the other posts and categories.

But back to movies, are they getting worse? His methodology was to grab a number of ‘best 100 movies’ lists from here and there and chart them, number against year. He kept two categories separate: citizens and critics. For example, IMDB is a citizens’ list, while Rotten Tomatoes is generated from critics’ ratings. He concludes that citizens judge movies to be getting better, while critics judge them to be getting worse.

I’d be inclined to agree with his analysis. I say that as someone who is, technically, a ‘critic’, but who tends to think that movies are getting better. Perhaps I’m not a critic at all. Yes, magazines pay me money for my reviews of Blu-rays, and previously DVDs, but at least fifty per cent of my focus is on technical stuff. Still, I do use the opportunity to occasionally excoriate a movie for its content alone.

I don’t agree with all Prof Briggs has put into his post. Lots of stuff is happening with these kinds of ratings, the more so with the ‘citizens’ than the critics. The latter are a more homogeneous bunch than the former. More to the point, a ranking of top 100 movies by critics is more likely to capture the votes from the same individuals for the different entries than the citizens lists. Let’s say there are a couple of hundred critics used to general a list, chances are 80% of them have put Casablanca there. I would myself, I think. 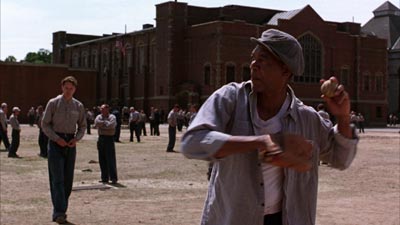 But the items on the citizens lists are drawn from widely disparate groupings. They must be. The current number 1 on IMDB is The Shawshank Redemption (1994), with some 620,000 votes counted. At number 32 is the magnificent Sunset Blvd (1950) with just 64,000 votes. Even if every one of the voters from the latter voted for the former, nearly 90% of the former didn’t vote for the latter.

I’m inclined to think that Prof Briggs’ methodology actually has very little to say about whether movies are getting better or worse. What it deals with is whether the best of the past are better or worse than the best of the present. Time is the great filter. The crap from the distant past is relatively unavailable today, whereas the crap from last year is available today. Last week the females of my family, in search of a romantic comedy, went to video shop and returned with a new release DVD. After half an hour they ejected the disc. I checked it on IMDB, and found that it scored about 4.5/10. 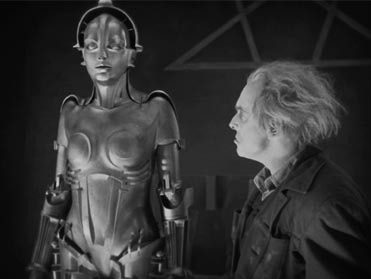 The good and the great from the past mostly survives. Indeed, it sometimes improves. The next Sound and Image will contain my review of the new Blu-ray of Metropolis (1927, IMDB#92), which restores (albeit at lower quality) footage thought lost after its German premiere.

Filters are incredibly powerful things. In evolution through natural selection, the conversion of randomness into order is via the filter of natural selection. Classical music sounds so good because the 18th Century equivalent of the Bay City Rollers generally doesn’t make it to a modern recording, and indeed its scores may have ended up wrapping the produce in a fish shop some time in the 19th Century (as, apocryphally, almost happened to some J.S. Bach). There is no guarantee that the great of the past will survive (there is, for example, only one recording I’ve ever been able to track down of John Blow’s ‘Chaconne in G minor for harpsichord’, on an obscure LP and it has never made it to CD).

But on average, the past seems better than it was primarily because it is mostly the worthy parts of it that have survived. That makes any endeavour at objective measurement extremely difficult.

Especially when what you’re trying to objectively measure is something as subjective as film.

[If you’ve made it to here, then I have a copy of The Mechanic (2011, not 1972) on Blu-ray to give away. Test disc only, but the content is the same as the bought one. No box, no label. Ask for it in comments, Australian postal addresses only.]

This entry was posted in Cinema, Giveaway. Bookmark the permalink.

5 Responses to Are movies getting worse?