The Centre of the Modern Home Entertainment System 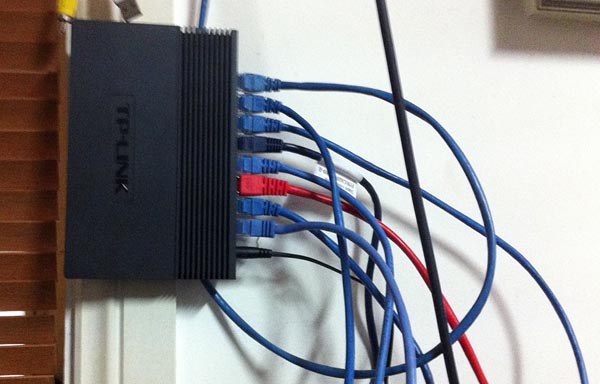 That eight port network switch hovers above my system. One port is connected to the router

, of course, and the others to a home theatre receiver, a Blu-ray player, two PVRs, a Telstra T-Box and a PS3, with one left over for whatever I happen to be testing (commonly a TV). Eight ports aren’t really enough. Ideally I’d also have the HD DVD player connected and have wired Ethernet on the other Blu-ray player, rather than WiFi. But network switches take a big step up in price when you go beyond eight.

This entry was posted in Computer, Equipment. Bookmark the permalink.

1 Response to The Centre of the Modern Home Entertainment System