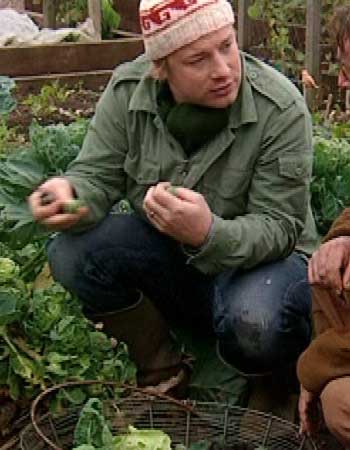 A few days ago I installed a new true HD projector, the Mitsubishi HC6000, and had a look at some HD DVDs. Great stuff. That evening I flicked on the HDTV receiver and the station happened to be Southern Cross Ten (the standard definition version), which was showing yet another Jamie Oliver cooking show.

The picture quality was absolutely appalling. Since the Beyonwiz DP-P1 HDTV PVR will only output over HDMI at 576p or higher, and since it has lousy deinterlacing of SDTV (like all current HDTV receivers), I run it through a DVDO iScan VP50Pro video processor, which has a brilliant PreP feature. This reverses the source’s deinterlacing, turning the video back into its original interlaced format, and then performs the deinterlacing anew with its much higher quality processing. In this case I had the unit set to upscale the image as well to the 1080p native resolution of the Mitsubishi projector.

But still the picture quality was a shocker. I fiddled with the various deinterlacing options on the VP50Pro, but nothing helped. So I recorded five minutes of the show and downloaded it to my computer for a closer look.

The reason for the awful picture soon became clear — the video was only in half vertical resolution. That is, instead of showing 576 pixels vertically, it was only 288! Actually, it was truly showing 576, but only because each of the 288 horizontal lines of actual picture information was vertically repeated. How did this come about? Lousy video recording at the source? Some weird picture processing? Maybe even an insane artistic choice? I certainly don’t know.

To confirm, see the accompanying portion of a screen shot. No editing here, other than cropping for size, and JPEG recompression to make it a reasonably compact size. See the jaggies on Jamie’s shoulder, on the bottom of his beanie. See the wire basket in particular. Download a copy of this picture and zoom in on it with any graphics program and you will see that each horizontal line is a nearly perfectly duplicated in the one above or below it. (Only nearly, because the original MPEG2 compression and my JPEG recompression will have introduced some slight changes.)

No video processor can fix this kind of crappy imaging.

How did this come about? Lousy video recording at the source? Some weird picture processing? Maybe even an insane artistic choice?

It turns out that the last one is the correct answer. See Insane artistic choices above for more.

This entry was posted in DVD, Interlacing, Rant. Bookmark the permalink.